We are aiming for an on-site conference with the possibility with hybrid. We will continue to monitor the situation and add updates here if the situation changes.

For the convenience of participants to travel to Vietnam, we choose Phu Quoc to organize MMM2022.

Visitors are eligible for a 30-day Vietnam visa exemption in Phu Quoc if Phu Quoc is the first destination they arrive to. All visitors from foreign countries do not need a Vietnam visa if they stay in Phu Quoc for no more than 30 days. However, you will need to apply for a visa if you want to travel inland Vietnam from Phu Quoc.

UPDATE: Vietnam stops Covid testing for all arrivals effective 15 May. Earlier, Vietnam has stopped requiring medical declarations from those arriving from abroad starting April 27, and for domestic travel starting April 30. More information can be found here.

Phu Quoc Island is an idyllic vision of sandy beaches, thick jungle, and clear blue waters. Phu Quoc is the largest island in Vietnam and stretches 50 km from north to south and is 25 km at its widest part. A large mountain range runs along the length of the island, reaching 603 meters at its highest point.

The venue offers spectacular views out over the sea and versatile venue for events. Located on Ong Lang beach on the west coast of the island, the 5-star resort Mövenpick Waverly Phu Quoc provides a peaceful environment, removed from the city traffic to facilitate more intimate dialogues and an exclusive focus on work exchanges. With a large ballroom and four dedicated meeting rooms, Mövenpick Waverly Phu Quoc meeting venue offers flexible event space for all types of functions. The spacious pillar-free ballroom can host up to 1000 guests and can be divided into two sections. The foyer is perfect for pre-events and break-out areas. In addition, the four adaptable rooms are ideal for workshops and small meetings offering flexibility for various event needs.

In MMM 2022, we organize in hybrid format. You can choose the option "[ONLINE-ONLY] Non-author participant registration (USD 50 or VND 1000000)" to register as non-author participants and join MMM 2022 via Zoom. Please register your participation to MMM 2022 via this online form
After finishing the online form, you will receive an email with your registration number within 12 hours. Then you can pay the registration fee by credit card or bank transfer.
For further information, please contact the secrectary of the Organizing Committee via email: mmm2022@hcmus.edu.vn or info@cite.vn.

VISA, MASTER or JCB cards are acceptable. This payment method is provided by Payoo. Instruction for paying by credit cards will be sent to you via email after your online registration.

At least one author of each accepted paper should register for the conference with a full (regular) registration no later than November 27, 2021 in order to include the paper in the final program. (If you submit two papers, you need to register twice)

* Only accepted papers registered no later than November 27, 2021 will be included in the proceedings and listed in the final program.

The cancellation and refund will be not allowed after the payment.

Once you have completed and paid for your registration, official invitation letters can be sent upon request.

Visitors are eligible for a 30-day Vietnam visa exemption in Phu Quoc if Phu Quoc is the first destination they arrive to. All visitors from foreign countries do not need a Vietnam visa if they stay in Phu Quoc for no more than 30 days. However, you will need to apply for a visa if you want to travel inland Vietnam from Phu Quoc.

To enter Phu Quoc with no visa, visitors must meet the requirements below:

Due to the break-out of COVID Pandemic, new rules regarding vaccination and safety are also applied. Visitors must prove certificates of taking full doses of the COVID-19 vaccination. For COVID-19 recovery patients, the time from being discharged from the hospital to the time of departure must not exceed six months.

Other conditions include having negative results for SARS-CoV-2 test by RT-PCR/RT-LAMP method within 72 hours before departure and certified by the authority of the country conducting the test (from time of sampling) and having medical or travel insurance that covers COVID-19 treatment with a minimum liability of 50,000 USD.

The Shells Resort & Spa Phu Quoc (9 km from the Venue, 15 mins by driving)

*All prices are subject to change

How to come to Mövenpick Resort Waverly Phu Quoc:

Mövenpick Resort Waverly Phu Quoc is located next to the beach, 7 minutes from Ong Lang local beach. It located at the North of Phu Quoc island. With versatile meeting and event space, state-of-the-art facilities, dedicated culinary team, the resort Meetings & Events team will be delighted to provide you with a personalized service for your special occasion. 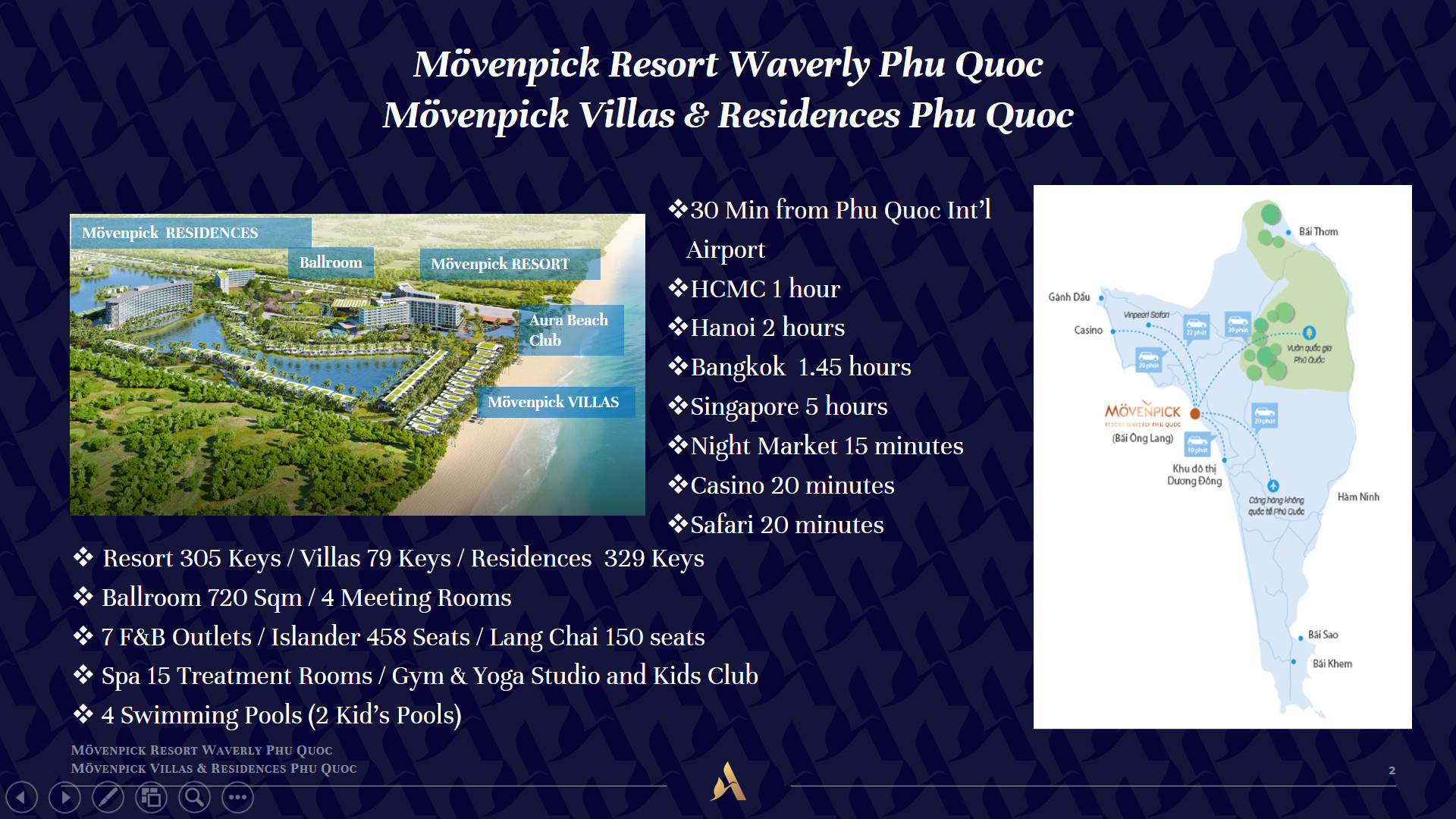 Up until the 1750s, the island was relatively undisturbed with a small population of local people who made their living mostly from the sea. During this time the island was known for its harvest of sea cucumbers.

Attention was brought to the island in the 1760s through to the 1780s when French missionary Pierre Pigneau de Behaine harboured Prince Nguyen Anh who was fleeing the Tay Son.

Phu Quoc is famous for its production of Nuoc Mam, fish sauce, which is made from a special type of anchovy found in the nearby waters. In the town of Duong Dong, there are a number of factories which welcome visitors to come and discover the process of making the staple Vietnamese sauce. Another of the island's main exports is pepper which is grown on the pepper plantations.

Phu Quoc has an interesting range of temples where visitors can discover more about the local culture. One of the most famous temples is Dinh Cau Temple which sits on a rocky outcropping attached to Dinh Cau Beach, at the mouth of the Duong Dong River. The temple appears to be tangled in the rocks and trees growing around it and looks particularly beautiful at sunset. The temple is dedicated to the Goddess of the Sea, Thien Hau who, along with the lighthouse that also perches on the rocks, provides protection to those at sea.

Phu Quoc also played a crucial role in the Cao Dai religion which is believed to have originated there. The main premise of Caodaism is that all religions are united in worshipping the same God. The temple is unique in its decoration with colourful religious paraphernalia filling the rooms. Another attraction of this temple is the stunning views from the top of the tower.

Bai Truong or Long Beach: one of the biggest and most popular beaches in Phu Quoc, aptly named as the beach stretches 20km along the coastline. Located on the west coast of the island, this area is the main hub of tourism with the beach backing onto a ion of resorts, restaurants, and cafes.

Ong Lang Beach and Vai Bung Beach: just a short journey northwards from Long Beach. They both offer the same calm blue water and sandy beaches but with less of a crowd. Each has a handful of resorts and food shacks dotted along the edge their beaches.

Phu Quoc National Park: explore the jungle of the national park which covers much of the island. The park's varied ecosystems, including mangrove forests, palm bushlands and forests. Hidden within this green and luscious environment are communities of interesting animals and insects with a total of 208 species within the national park. Some of these species are rare, such as the long-tailed macaque, silver langurs and lorises which can all be found in Phu Quoc National Park.

Tranh Waterfall: just 10 minutes from Duong Dong offer a great place to cool off from the heat. he surrounding forest shelters the waterfall, framing it with lush greenery. The water cascades over the rocks and into the pool below which is home to small freshwater shrimps and fish. As well as taking in the beautiful waterfalls, visitors can discover the fauna and flora of surrounding forest.

Scuba diving is another of Phu Quoc's biggest draws. The main areas to North and South of the Island offer divers the chance to see the many incredible species living in the coral reef. The top spot for scuba diving is in the An Thoi Archipelago off the south coast of the island. Here the amazing coral reef stretches up to 25 meters below the surface and is home to stingrays, manta rays, bamboo sharks and the occasional turtle as well as a host other creatures. To the north of Phu Quoc are Turtle Island and Fingertip Island both of which are surrounded by coral of up to 10 meters in depth.

Snorkelling can also be a great way of getting a peek at the coral and some of its inhabitants. Some resort are now offering jet skis, kayaks and windsails which can be hired and used to explore the stunning coastline, taking in the beauty of the island from the sea.

We welcome you to beautiful Vietnam 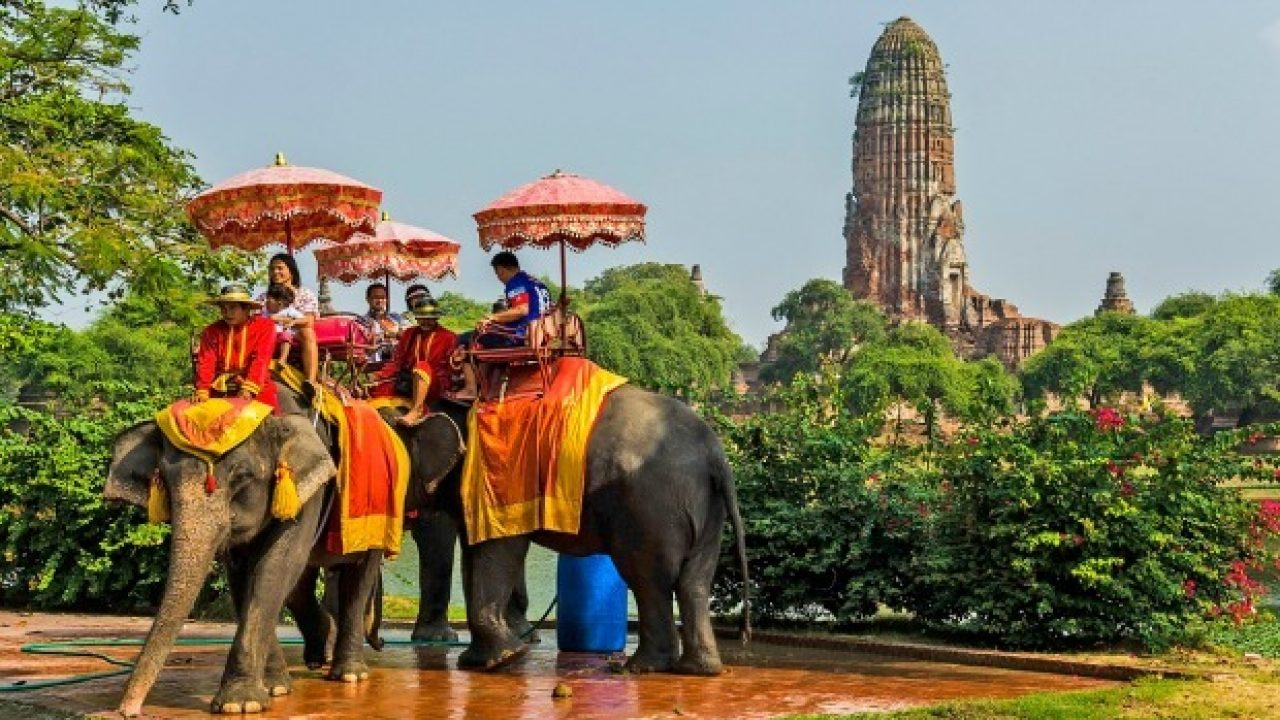 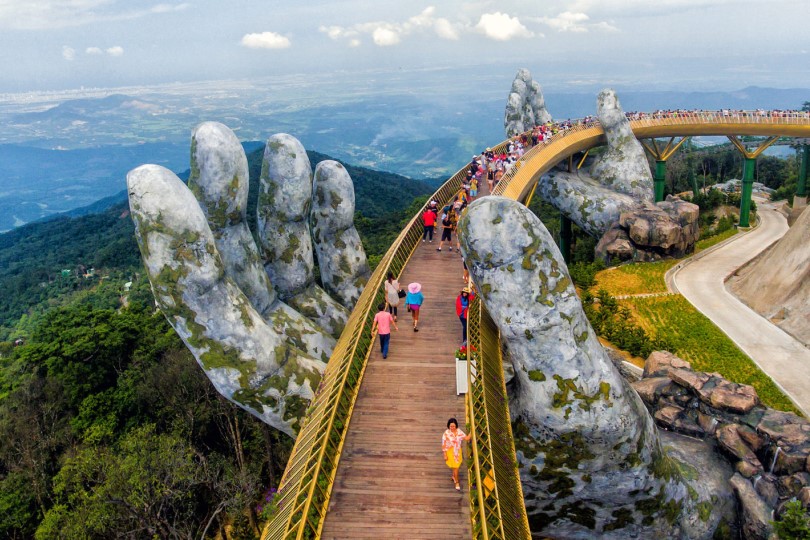 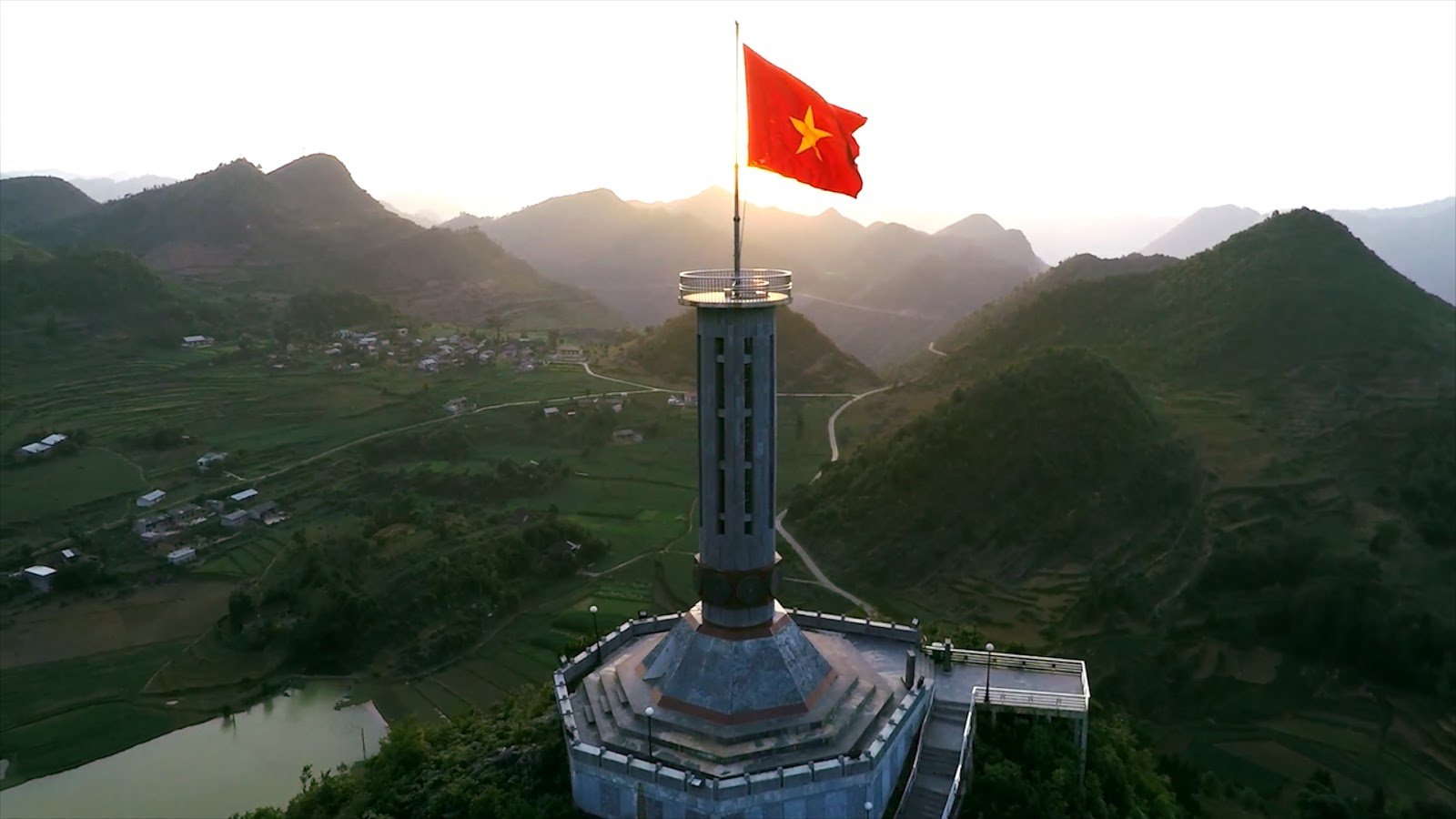 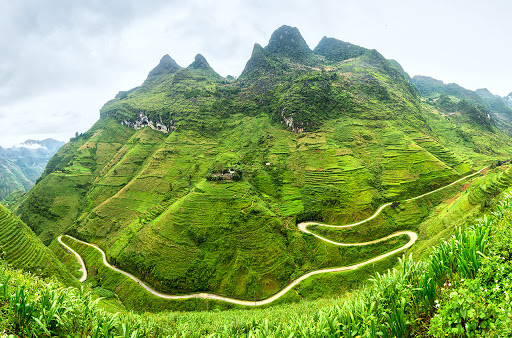 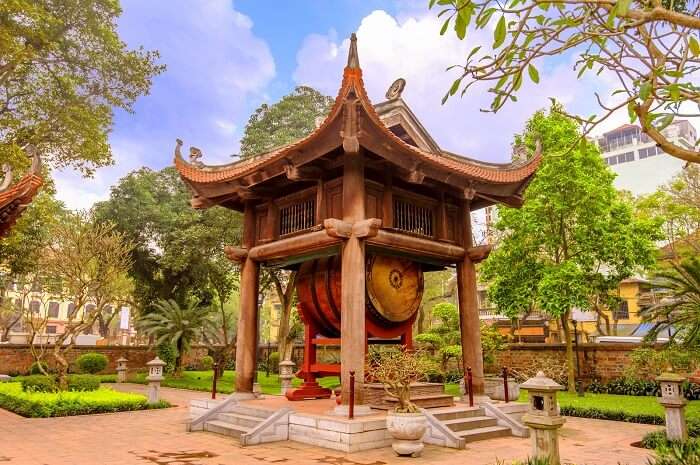 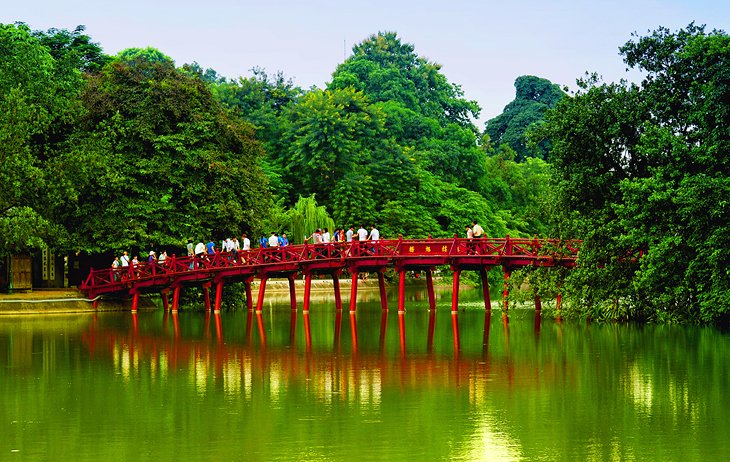 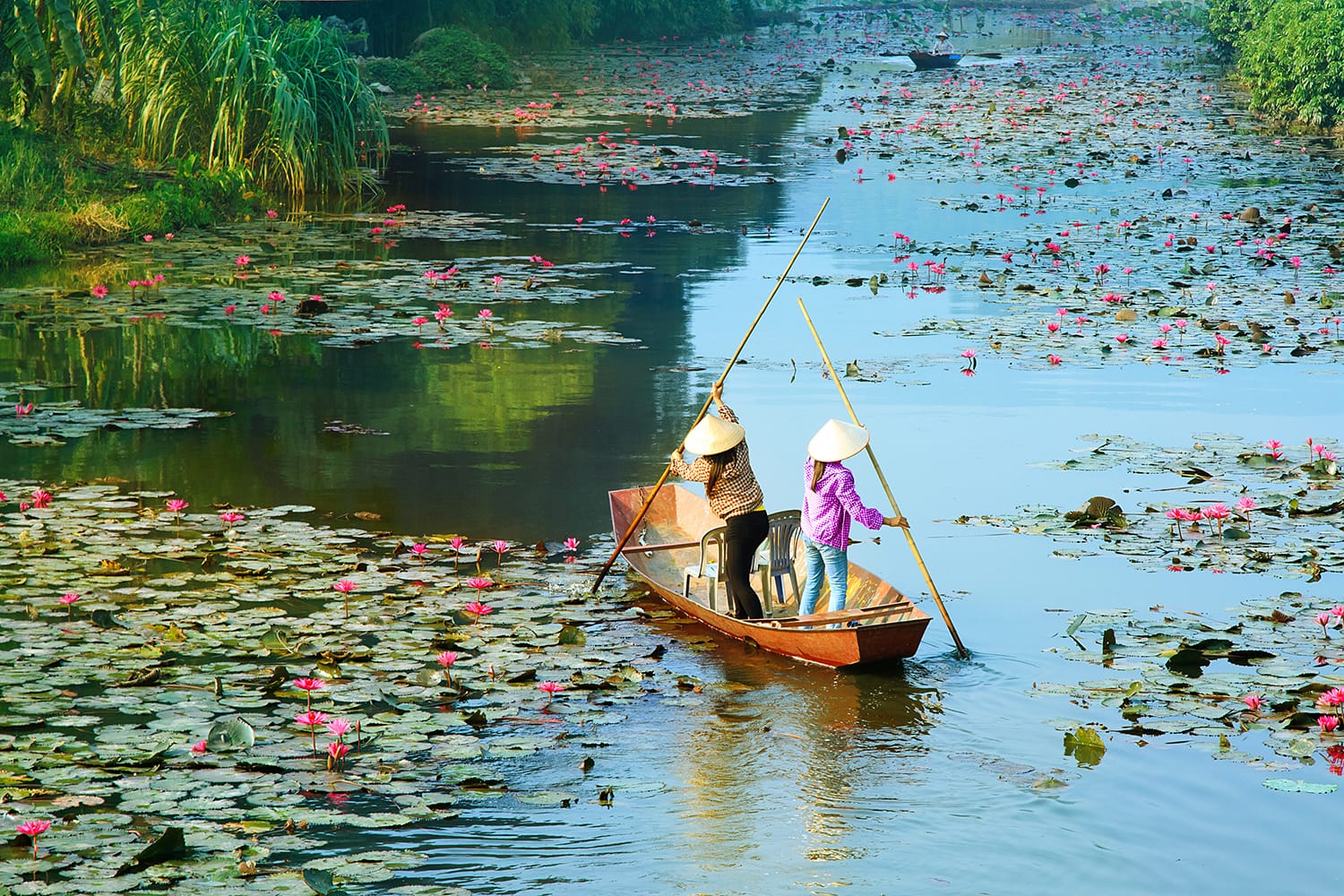 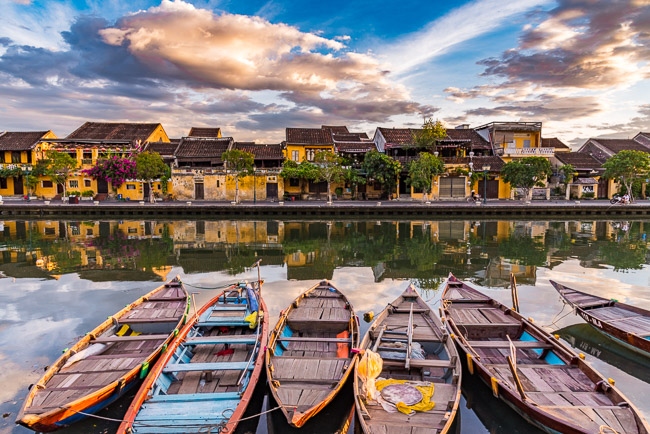 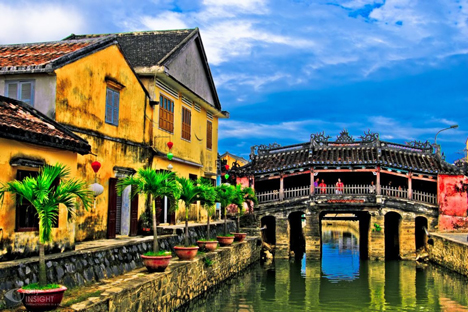 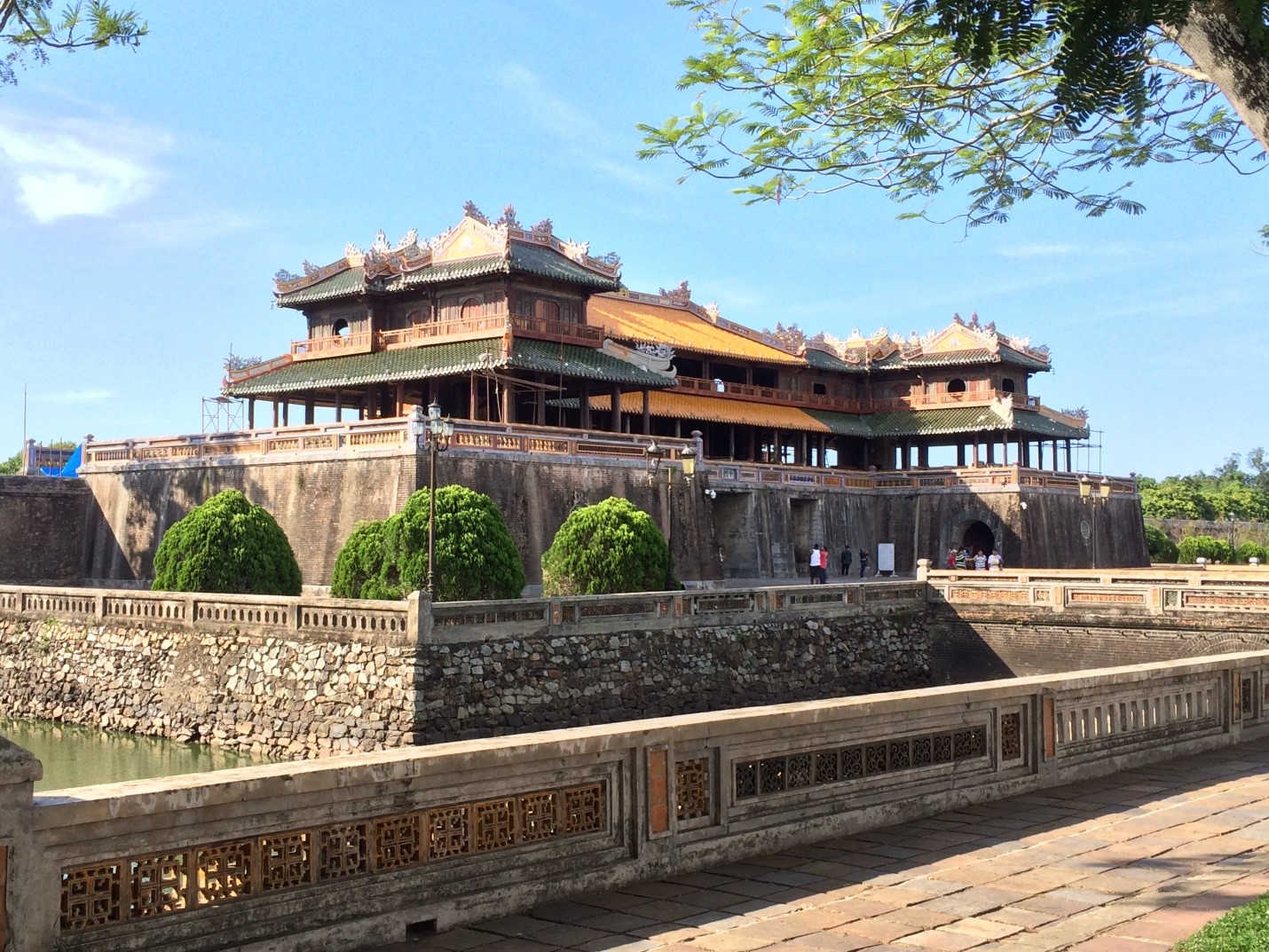 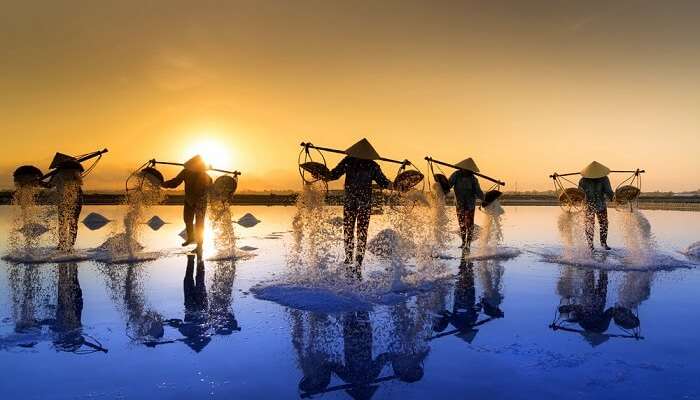 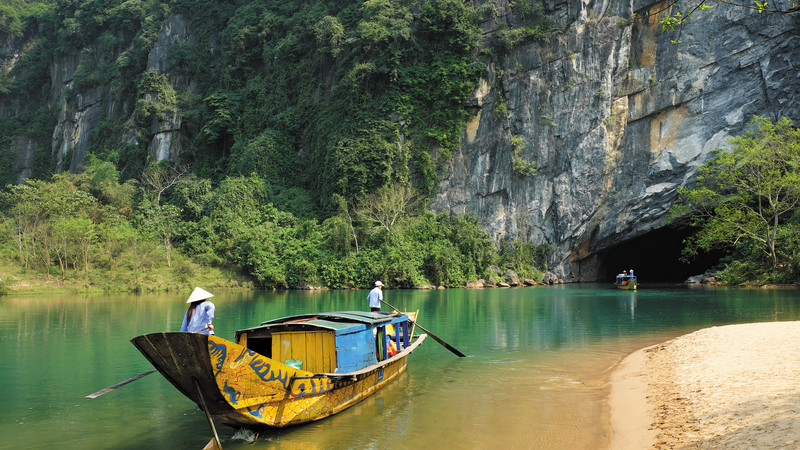 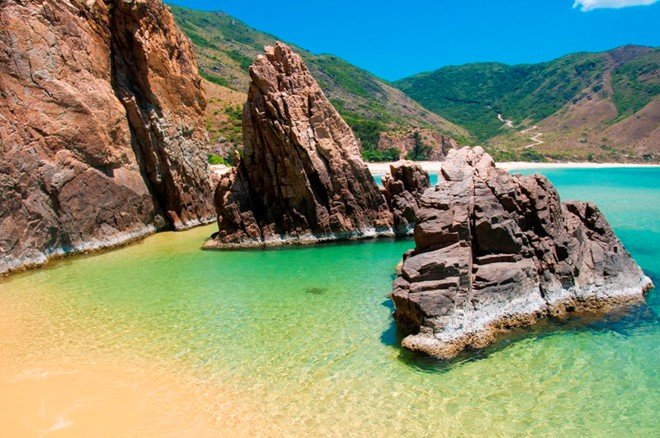 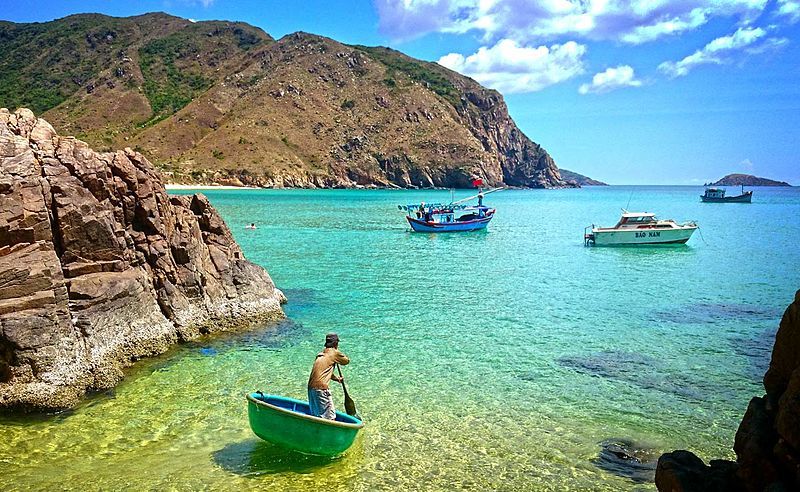 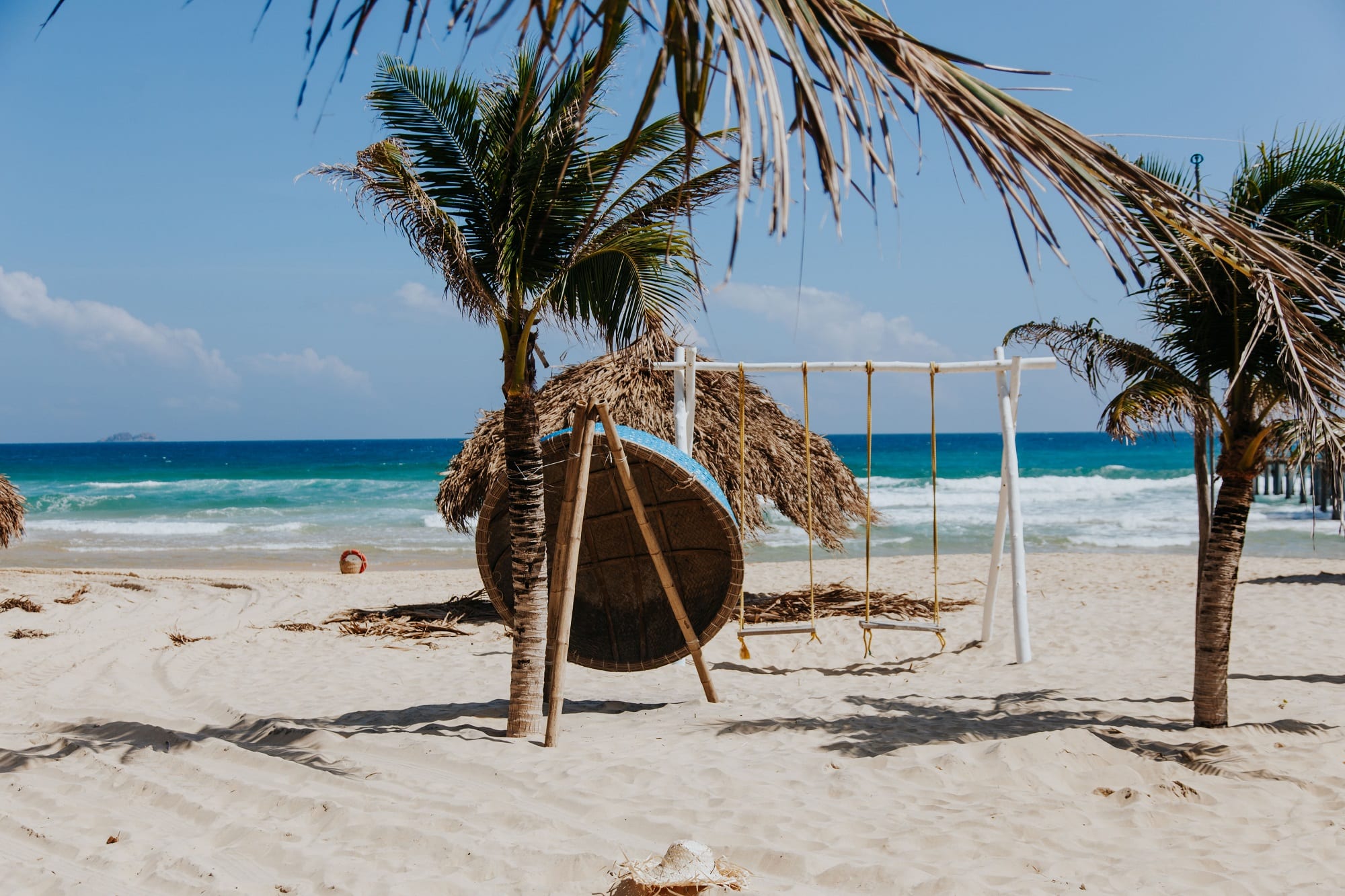 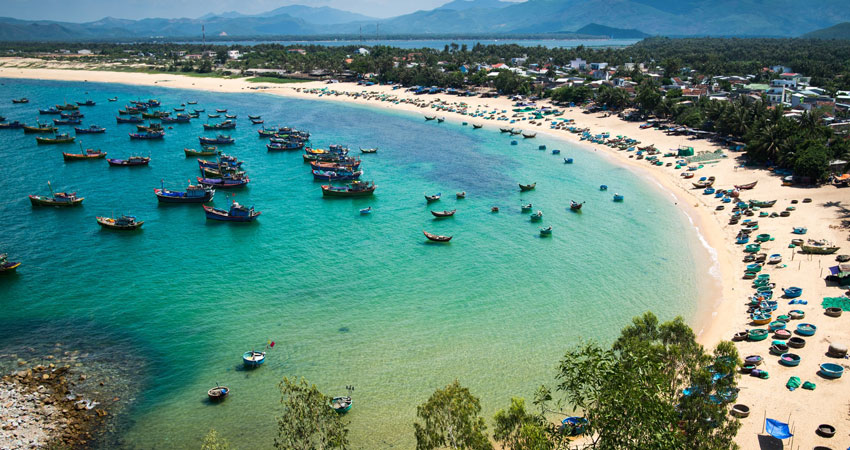 MMM'22 will be held in hybrid mode. We will welcome attendees physically to the conference venue and also online via our online conference platform (using zoom). All zoom links will be available from the conference agenda. We ask all speakers to be on the zoom call at least ten minutes before their session begins. The session zoom coordinator will communicate with all authors before their session begins. Please be ready to share your screen with the presentation in the full window.

Consequently we ask all oral speakers to prepare a 10-12 minute presentation and to present in real-time, whether it is in person or via zoom. Our conference schedule runs from noon (Vietnam time) to six pm, so it will facilitate both European and Asian attendance and live participation.

Questions will be facilitated from in-person attendees or online attendees via the zoom platform. The session chair will relay online questions to the speakers.

The presentation mode for special sessions will be the same as for oral presentations. For some special sessions (e.g. MDRE, MAPTA, MACHU) the duration of talks will be 5 minutes each, with each presenter being asked to join an online panel for discussion once all talks have ended. For such sessions, the session organisers will send details to presenters separately.

Please submit the poster file (in PDF format, for demo and poster papers) and video file (for demo papers) via this link: https://forms.gle/obZhqNX7yrVMHMn9A

Authors can use the following template to prepare the poster files

All attendees at the conference (physical or virtual) can download a copy of the MMM’22 proceedings for the duration of the conference. Links are below: